The design was completed to provide a building that was in keeping with the heritage character of Cuba Street where the building was to be located.

The Salvation Army Citadel is an accomplished example of urban infill on a tight site. The semicircular shape of the auditorium is expressed in the street façade which sits quietly and naturally with its neighbours in an inner city commercial street.

The magnificent auditorium with soaring roof and beautifully detailed timber beams, lit by multiple sources of artificial and natural light is a soul-lifting tranquil space, enhanced by the restrained use of structure and simple materials.

In 2019, this project was awarded an Enduring Architecture award by the New Zealand Institute of Architects Wellington.

“A centre for the Salvation Army with a grand public space nestled into the heart of Te Aro, the Citadel is still performing sterling service nearly 30 years after its construction. The form is simple, with rusticated post-modern bands of coloured stone wrapping around the half-drum, and a splendidly tactile series of inverted timber roof trusses standing on end, hoisting the cupola aloft. This project still sings loud.” - 2019 NZIA Awards Jury Citation. 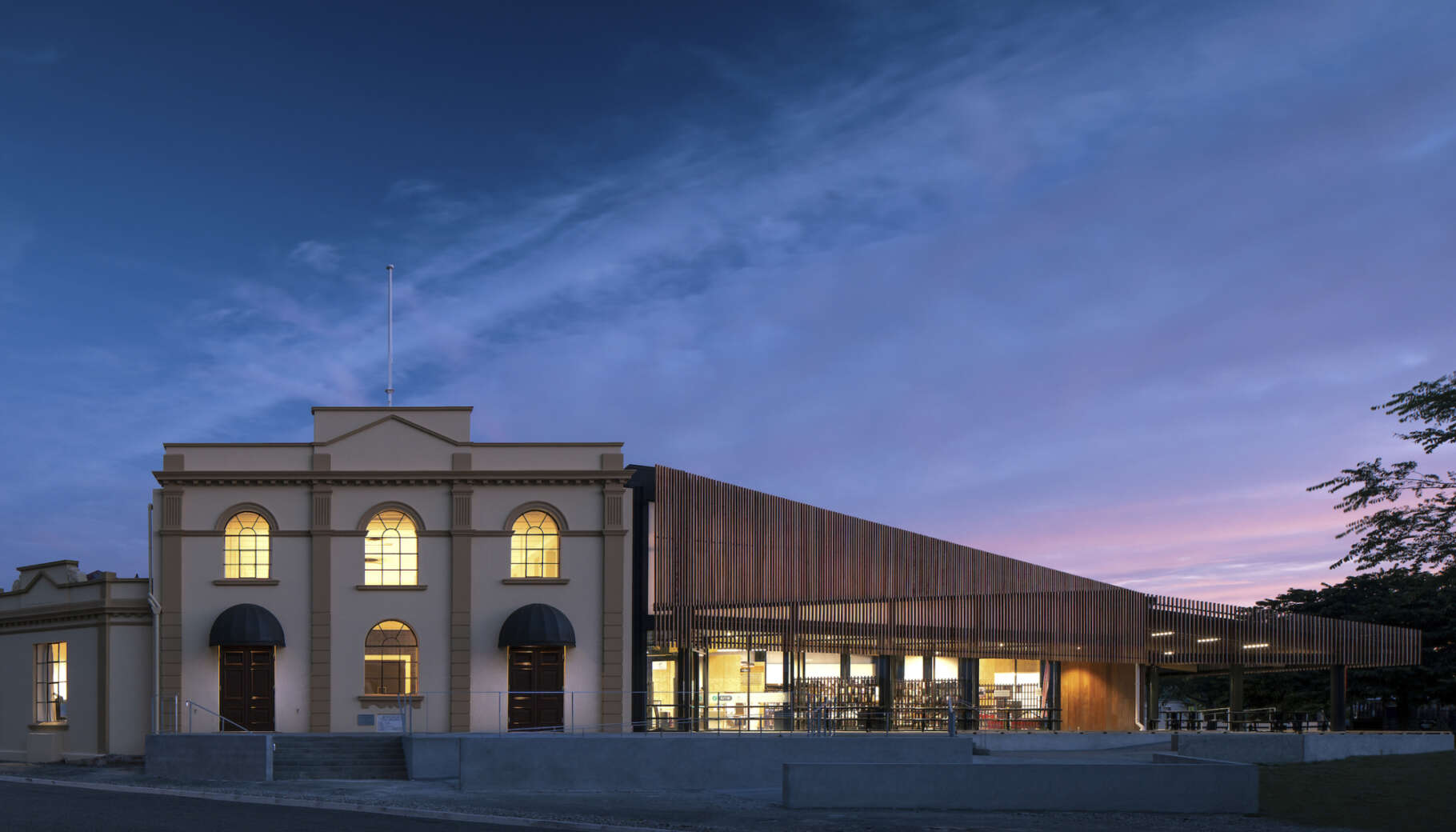