Today the Christchurch Town Hall still stands as an important touchstone in the development of New Zealand architecture.

Today the Christchurch Town Hall still stands as an important touchstone in the development of New Zealand architecture.

Christchurch Town Hall is a landmark building in the development of New Zealand civic architecture. What makes it particularly unique is that it was the first totally new town hall in New Zealand for nearly 50 years.

Its design and the commissioning of Warren and Mahoney as the architects followed a rigorous briefing and selection process. Five firms were invited to develop designs to the second stage. The subsequent proposed design was laid down on only five sheets of drawings, a far cry from the more than 20 detailed drawings that is usually required today for a simple house.

The auditorium was defined only by the size of the audience, the size of the choir, the area of flat floor, and the requirement for good acoustics. No specifications were given for theatrical lighting, air-conditioning, the quality of the acoustics, or even the type of auditorium. The completed facility comprises a 2600-seat main auditorium, the 1000-seat James Hay Theatre, a stage box, two conference rooms, a riverside restaurant and pre-function foyer area.

The design is essentially modernist; the forms evolve from their functions as evidenced by the oval drum of the main auditorium, the fan of the James Hay Theatre and the box of the stage tower. The height of the auditorium and its roof form too, are determined by the reverberation time selected for the hall. The gallery seating is divided into sections, stepping up from the stage. Above each section is a large laminated timber reflector connected to the seating with timber ‘rafters’. These reflectors give the appearance of a number of large V-shaped forms applied to the dark walls of the oval drum of the hall, they create a space within a larger dark space beyond to enclose the audience. Heavy, thick walls required for the sound isolation of the performance areas rather than a structural frame with infill panels, make the overall forms. The paired columns of the surrounding foyer are repeated throughout the building, creating a unifying element.

A particularly successful space is the main auditorium. It was developed in collaboration with Dr. Harold Marshall, the acoustic consultant, and was based on his newly devised theories for the acoustic design of large auditoriums.

Today the Christchurch Town Hall still stands as an important touchstone in the development of New Zealand architecture. It led directly to the design and building of the Michael Fowler Centre in Wellington. 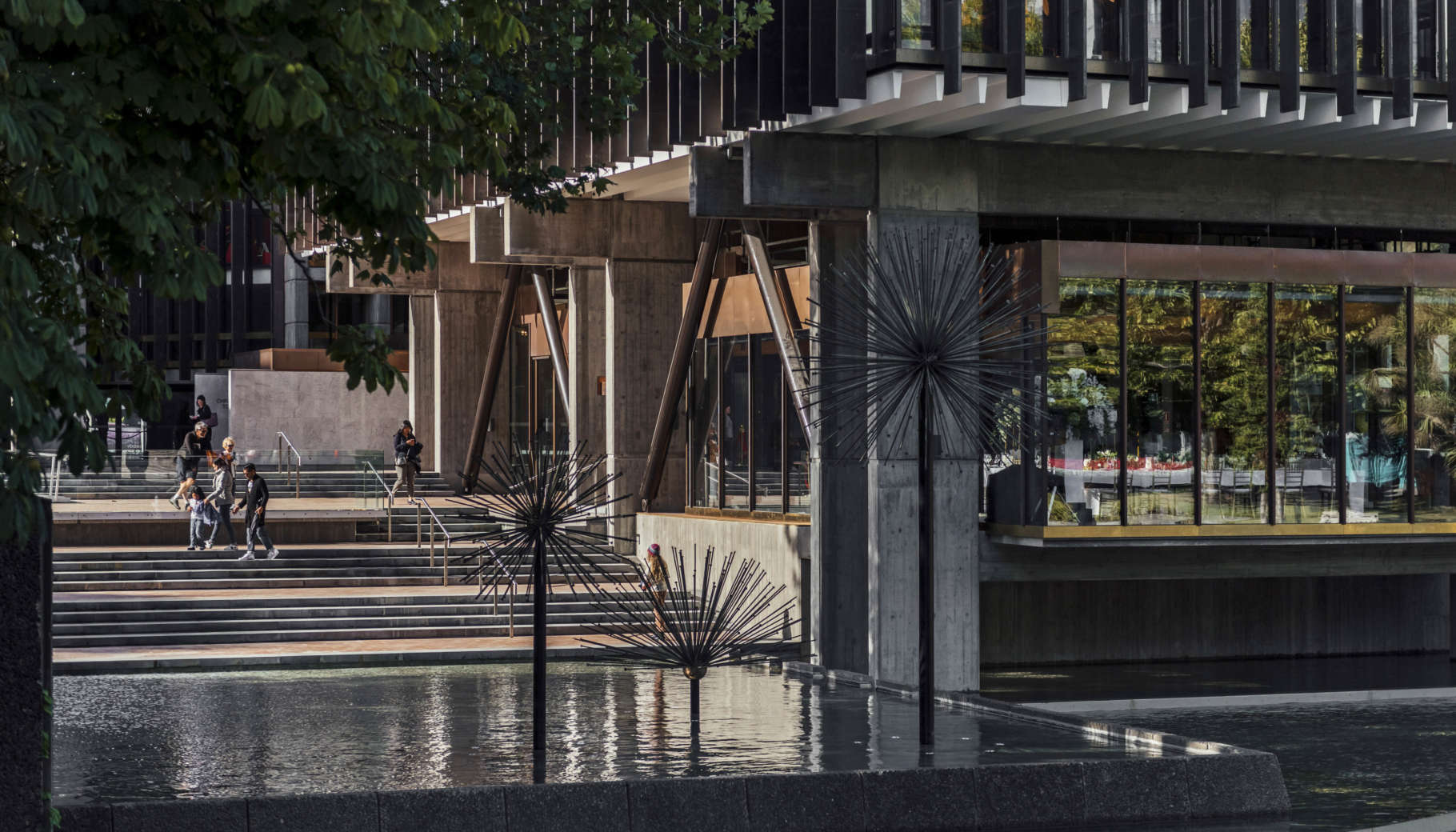