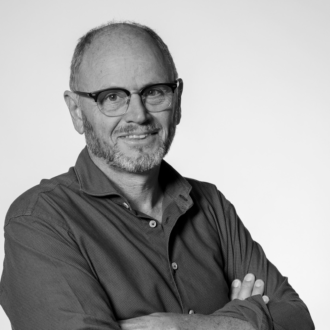 How feasible is it to design a mid-rise apartment in a seismic zone which is carbon neutral - not just to build but for the duration of its life?

We are walking a precarious tightrope balancing critical and conflicting demands. We are faced with the needs of an increasing global population amidst the need to decrease our dependence on activities that emit carbon dioxide into the atmosphere. It’s a challenge that requires a paradigm shift in the way we think, design and construct our new buildings and cities. A paradigm shift which will create new IP, new opportunity, and new aesthetics.

The world is urbanising rapidly. Today, approximately 56% of the world’s population live in cities. And this urban population is projected to more than double its current size by 2050. In the same period of time, to avert the worst impacts of climate change, emissions need to reach net zero.

Higher density, and more sustainable housing will be an essential part of any solution to accommodate this ever-growing urban population while still achieving our carbon neutrality goals. Therefore, at Warren and Mahoney, we embraced the challenge to walk this tightrope and asked ourselves:

“How feasible is it to design a mid-rise apartment in a seismic zone like New Zealand which is carbon neutral - not just to build but for the duration of its life?”

The goal was simple - it needed to be zero carbon.

All the carbon emitted to make the materials, construct, and operate the building for 60 years, needed to be less than or equal to the amount of carbon captured in the building materials and offset by the renewable energy generated by the building. It’s a simple equation:

In the interests of generating fresh thinking and IP, we decided to shoot for the moon and target 100% net zero carbon without using external carbon-offsets.

Our approach provides a potential blueprint for higher density and more sustainable living as set out below:

At least half to two thirds of a building’s embodied carbon (the CO2 emissions associated with the materials and construction processes of a building) is in its structural bones. So, the first step was engaging specialist PTL Structural Consultants to design and digitally model the embodied carbon content of a variety of structural options. Very quickly it became clear that a mass timber structure had the advantage of having not only a lower embodied carbon in its manufacturing, but also the ability to store biogenic carbon for the life of the building, which further reduces its carbon footprint.

But of course, it’s never that simple, as although optimal from a carbon perspective, a full timber structure was simply not feasible for a mid-rise (12-storey) building in an earthquake-prone Pacific Rim. Drawing on their specialist knowledge in timber engineering, PLT therefore proposed a hybrid structure with a concrete core and engineered timber post, beams, and floor plates. Options were tested and sources of low carbon concrete and reinforcing steel identified until the team settled upon a structurally optimal solution where the carbon captured and stored in the timber was approximately equal to the carbon emitted during the manufacturing of the rest of the construction. Our base and spine was set.

Viability – Show me the money

It was all well and good to have designed an efficient structure, but could such an option be financially feasible in the market? To tackle this, we engaged Logic Group, a quantity surveying and project management team with experience in the delivery of mass timber buildings. They advised that although the cost of a mass timber structure might be greater, the overall development cost was potentially not cost prohibitive compared to traditional steel or concrete construction.

Their argument was both surprising and compelling. Mass timber buildings can be fabricated offsite and are proving significantly quicker to build with less coordination errors, reduced construction costs and lower developer holding costs. These benefits, when combined with the recent increases in traditional material costs, meant that a mass timber design can be cost-neutral today and that this equation will only improve as the market and supply chains mature.

These key moves to limit embodied carbon are summarised below:

The other half of the equation

We were confident that we could build a zero embodied carbon apartment tower, but this was only one half of the carbon equation.

To meet our challenge the building would need to be carbon neutral in its operation as well. To do this we started with two key assumptions; the building would consume no fossil fuels (no gas cooking, boilers, fires, or heaters); and the plug-in power demands (from occupants) would be exempt from the calculation, as this would be outside the control of the design team (but potentially easily mitigated through energy providers offering a green-energy supply).

Our digital energy modellers worked with our designers to assess if these targets could be met. The modelling found that a zero-carbon outcome was not only possible but more easily achieved than we had anticipated utilising highly efficient services, an efficient façade system, and onsite photovoltaic energy generation.

While the energy efficient construction envisaged was a step up from what we would typically build today in NZ and Australia, it was not dissimilar to where the building code is expected to be in 10 years and equivalent to the current building code requirements in some northern European countries.

Simple right? Not quite….

Without a doubt, a higher performance apartment design with onsite renewable energy generation will be more expensive to build. But is it the capital cost we should be considering or total cost to own and operate?

Obviously if energy costs are reduced to near zero then there will be more cash left over to pay the mortgage – that’s a win-win. And with payback periods of hyper efficient homes typically being estimated at between five to 12 years (by organisations like Passive House), and similarly fast payback periods for photovoltaic panels, over the life of a mortgage the extra investment in energy efficiency, could become savings in the back pocket.

The final piece in the puzzle

Banks are also now starting to offer lower cost ‘green-mortgages’ for apartments and houses built to higher levels of efficiency.

Whilst there are ways to reduce the additional capital cost of developing a 100% net zero building, even if the initial cost is higher, the payback periods and the growing green-finance imperatives appear to make the investment an attractive one for developers, owners, and occupiers, especially as interest rates rise.

A place to call home

So, we have a building that is cost efficient and carbon zero - but is it appealing? Will it be welcoming, desirable, attractive? Most importantly, would you want to live there? Well, you can be the judge of that.

Whilst this concept alone won’t solve the climate crises, or accommodate billions more people in our cities, the design strategies discussed are ready for application now. And with adoption will come optimisation, efficiency and fresh innovation that will continue to step us towards a sustainable urban future.