Strategically located at the city entrance, this new building has been designed to maximise the potential of its dramatic corner site.

Strategically located at the city entrance, this new building has been designed to maximise the potential of its dramatic corner site.

Commissioned following the Christchurch earthquakes of 2011, the development replaces the former Riverlands House building (Alun Wilkie, 1996). The brief developed with the client proposed a mixed-use building comprising three floors of commercial space and a rooftop apartment.

The site is well located opposite a revitalised Victoria Square. Excellent views and daylighting are available in all directions; however, these benefits are countered to some degree by the site’s triangular geometry. The ratio of external wall to floor area is high, a cost penalty for any design outcome.

The original (five-storey) building suffered from a central core and restrictive setbacks from both Victoria and Kilmore boundaries. The post-earthquake city plan removed both setbacks and required full site coverage, a significant improvement. The core was relocated to the north boundary providing an uninterrupted floorplate over three floors. Geotechnical conditions restricted the size of the building to four storeys, being roughly equivalent in mass to the previous structure over an increased floor area. Part of the former basement foundation has been incorporated into the new raft foundation to offset costs.

A steel moment-frame primary structure was adopted, to accommodate the site’s geometry and to eliminate bracing frames. The primary structure incorporates low-damage resilient design. Bolted column connections to the foundation raft allows the building to be relevelled in the event of differential settlement following an earthquake.

The constraints of the project allowed a highly considered design outcome that makes a bold statement in this city-scape and commits to the future.

Constructed in line with Warren and Mahoney’s contemporary environmental design standards, the project’s major initiative is commercial longevity and owner-occupation. In the future city, the potential for commercial buildings to offer capacity for residential use by their owners appeals.

The rooftop apartment accessed by the building’s main stair and lift takes advantage of views to the NW and is arranged in an L-shaped plan around a covered roof terrace. Income from the commercial tenancies within the building sets up a long-term sustainable future for the building owner, who has configured the apartment as his Christchurch residence. 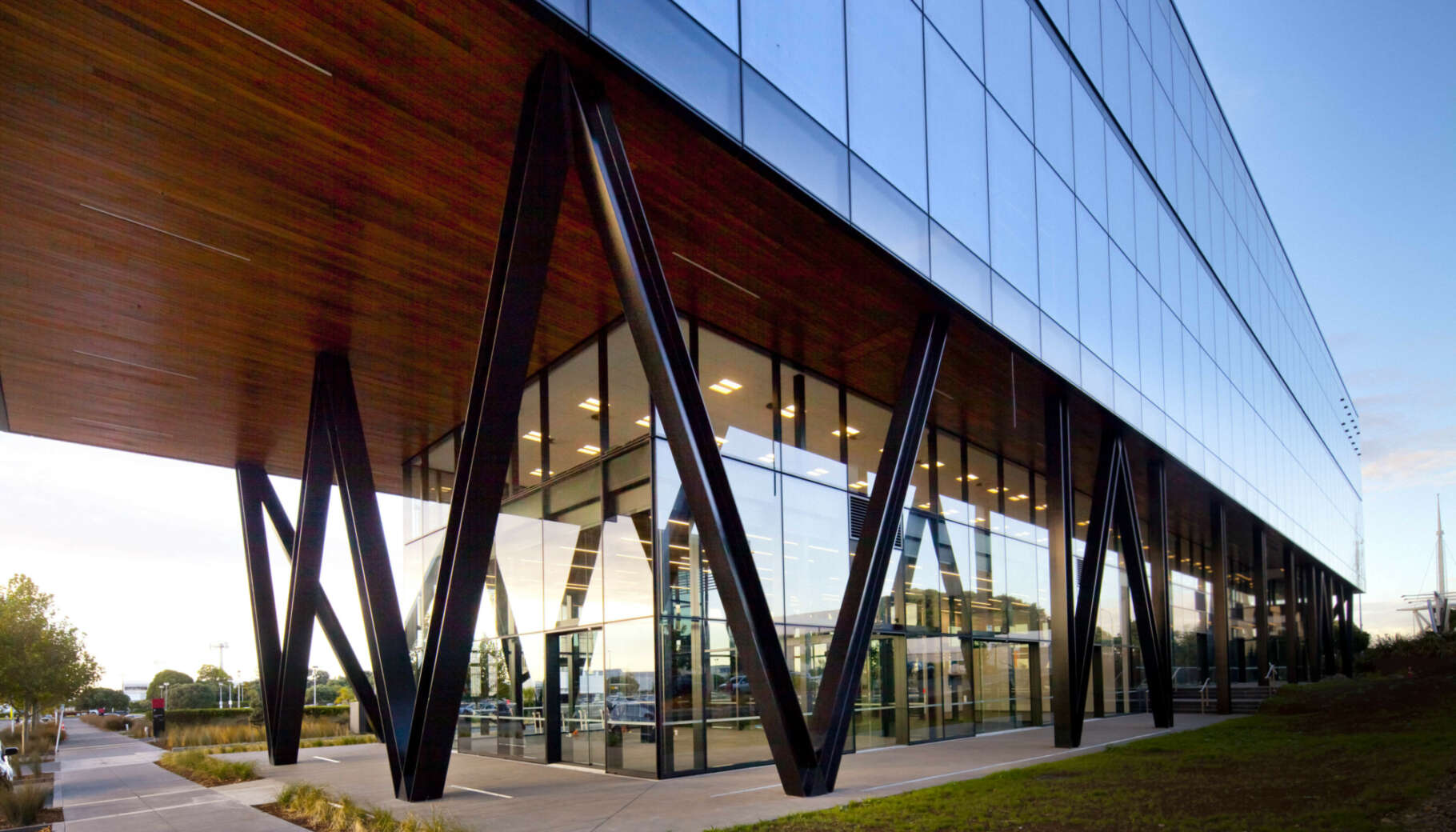