Warren and Mahoney won the works for the National Library Auditorium through a competitive RFP. A previous concept had been done by another architect, however the client took the project back out to market with a high-end, high-quality design brief to obtain an auditorium of quality space to suit the national significance and enduring nature of the building it sits within.

The project brief was to provide an auditorium space with 172 seats, primarily aimed toward speech and multi-media presentations, but with opportunity to also be used for cinematic or musical performances.

The auditorium is for use by both the National Library / DIA as an internal resource, and for external hiring as an income stream for the DIA and to open the auditorium as an amenity for the wider public use for seminars, or longer conferences etc. The auditorium’s proximity to parliament also opens it to use for broadcasting and possibly citizenship ceremonies.

The resulting design uses panelised timber as the main interior material to create a visually and acoustically warm underground space that resonates vocally, creating an interior volume which acts as an “instrument for the voice” to celebrate the spoken word, which is the key focus of the National Library Auditorium.

The intimate timber interior references He Tohu, the recently completed Treaty of Waitangi viewing room which also lies within the National Library building. Timber wall and ceiling panels align with the existing building’s structural rhythm, lifting at the junction between walls and ceiling, exposing the weighty concrete structure of the National Library building beyond.

The interior of the auditorium is shaped to create a stunning acoustic environment, using both active (AV speaker systems) and passive (materials and wall / ceiling panel shaping) sound amplification. The angled, shaped side wall panels, and the tucking of the ceiling panels up at an angle help to move sound to the rear of the auditorium, where a perforated metal wall absorbs sound and prevents echoes.

The faceted front wall panels are used to reflect and diffract sound from the stage back into the audience, and visually reference the exterior of the national library building, as a contrast against the warm timber interior. 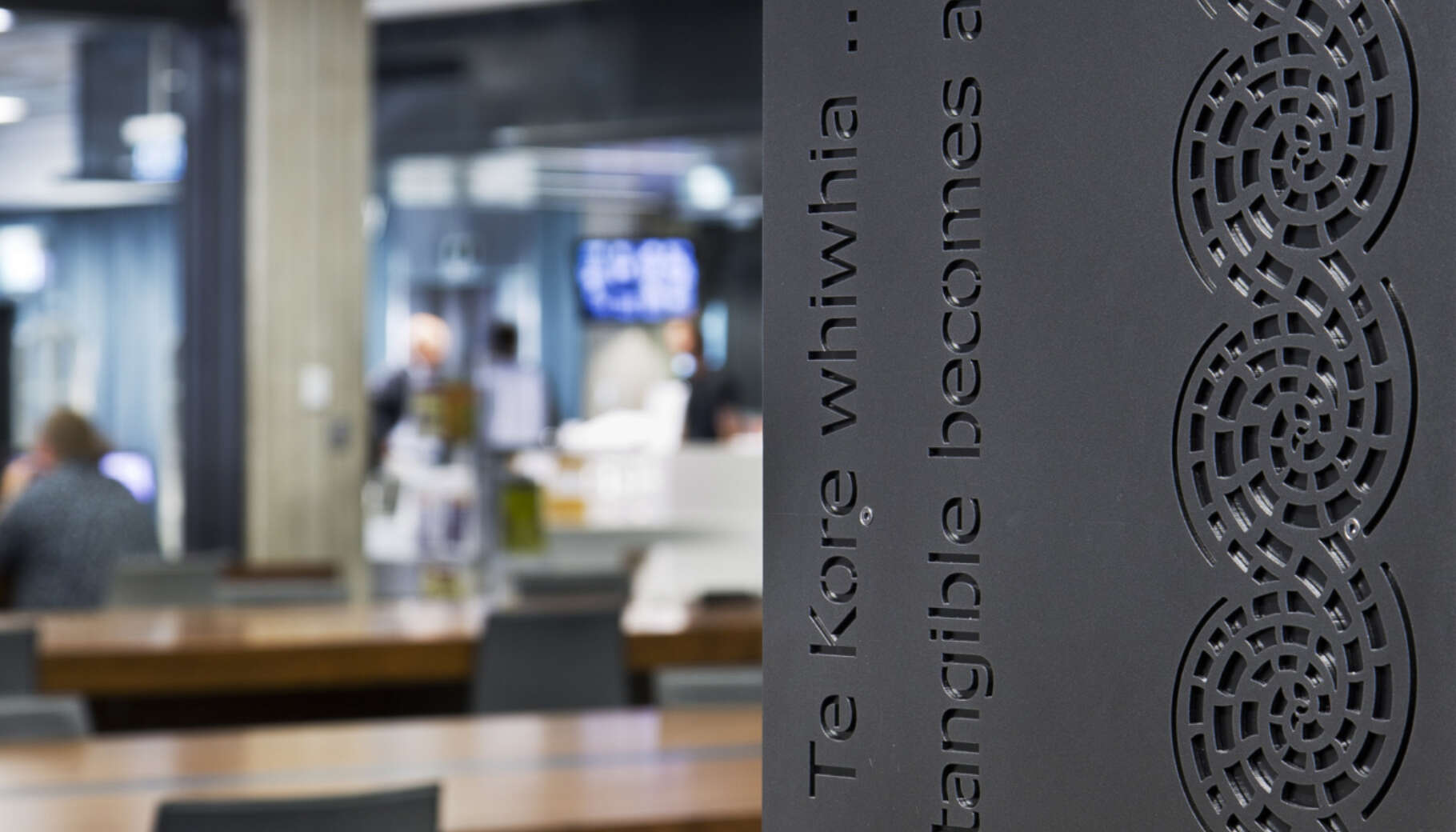