Iconic to the Wellington cityscape, the design of the Michael Fowler Centre originates from the Christchurch Town Hall's auditorium design.

Iconic to the Wellington cityscape, the design of the Michael Fowler Centre originates from the Christchurch Town Hall's auditorium design.

In March 1975 the Wellington City Council, encouraged by promises of Governmental financial assistance, made a start on the civic centre development. As a first step, the old Town Hall, considered an earthquake risk, was to be pulled down and a new one built.

The brief was simple: on a site beside the old Town Hall, and to a budget of $5 million, a new concert hall, with an auditorium seating 2500, needed to be designed, and full sketch plans produced within six weeks. Incredibly, Warren and Mahoney, together with their consultants, produced an extremely detailed, beautifully drawn, fully estimated design exactly six weeks to the day from the first telephone request from the then Wellington Mayor, Michael Fowler. However, the Government did not make good its promise; the money failed to arrive and the scheme lay in the bottom drawer for four years while the Council raised enough finance itself.

When the project restarted, the Council wanted the new hall built before losing the old one. The new building would be constructed but the old Town Hall alongside it would only be demolished when this was completed, and only then would the area be opened up to allow the new hall to be freestanding. Before the new hall was finished, however, conservation attitudes about the old one changed; its earthquake risk receded and it was decided to retain it. What remains eventuated as a new concert hall, designed to be seen proudly from all directions, but jammed up against the principal façade of the neo-classic town hall.

Acousticians devised ‘quadratic residual diffusers’, in combination with spectacular reflective surfaces, for the main overhead acoustic elements. These extremely complex, double-curving, varying-section, differing-pitch, inclined and tapering, opposite handed, physically large timber elements hanging in space, on almost unseen steelwork, produce a unique spatial and acoustical effect in this auditorium. The ‘all-enveloping’ aim of the acoustics design is enhanced by separating the gallery seating bays from the wall – allowing under-gallery patrons full participation in the reflective fields all around them, not only from the front.

As a result, the interior is very different from that of the Christchurch Town Hall. It has more movement and better flow: the reflectors beneath the balconies curve and step up more rapidly; and the main reflectors make a continuous form curved in two directions. The auditorium seating all faces the central stage so that views are not compromised.

Two ‘pou’ – carved Maori totems – of great size stand beside the main entrance doorways and rise through open wells to the upper foyers. 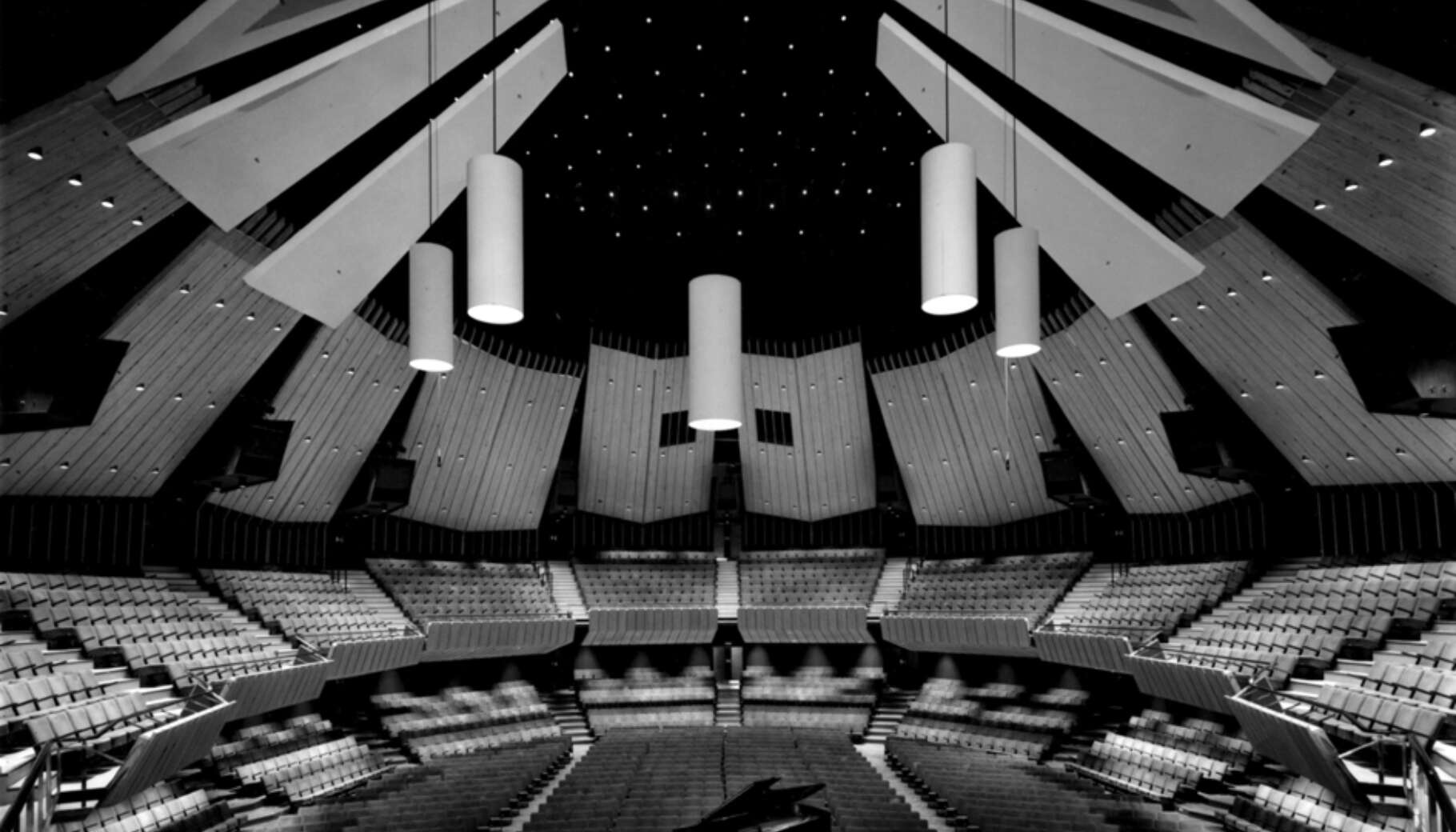