This integrated concept acknowledges the important roles played by Memorial Avenue and State Highway 1 as gateways to Christchurch, the airport, and the South Island.

This integrated concept acknowledges the important roles played by Memorial Avenue and State Highway 1 as gateways to Christchurch, the airport, and the South Island.

In partnership with the Christchurch City Council and Christchurch International Airport, the New Zealand Transport Authority devised an urban design competition to welcome its visitors and locals, and to reduce congestion by allowing motorway traffic to bypass the intersection. The bridge needed to offer a legacy for the people of Christchurch and a South Island gateway to Canterbury. The winning design would respond to the views of the Southern Alps, the character of Christchurch, and the values of tangata whenua. As a civic project, its architecture was to be low-impact and financially-conscious, considering value for money in the life of the structure.

Linking two distinctive, 27-metre arcs over Christchurch’s main highway, the Memorial Bridge expresses hope and dynamism in one singular form. The silhouette of the Southern Alps shines in the white arcs, which mimic its contours. The fluid nature speaks to the energy of travel, designed for viewing at speed by nearby motorists, passengers and those travelling by air. Inspired by the braided rivers, the two arcs cross paths to symbolise the convergence of Māori and European settlers; paths which take on different perspectives when viewed from different angles. At night, the arcs light in an array of changing colours.

Originally conceived to reduce traffic congestion and provide a gateway for new tourists, the Memorial Bridge brings the most satisfaction to those who see it every day – the people of Christchurch. 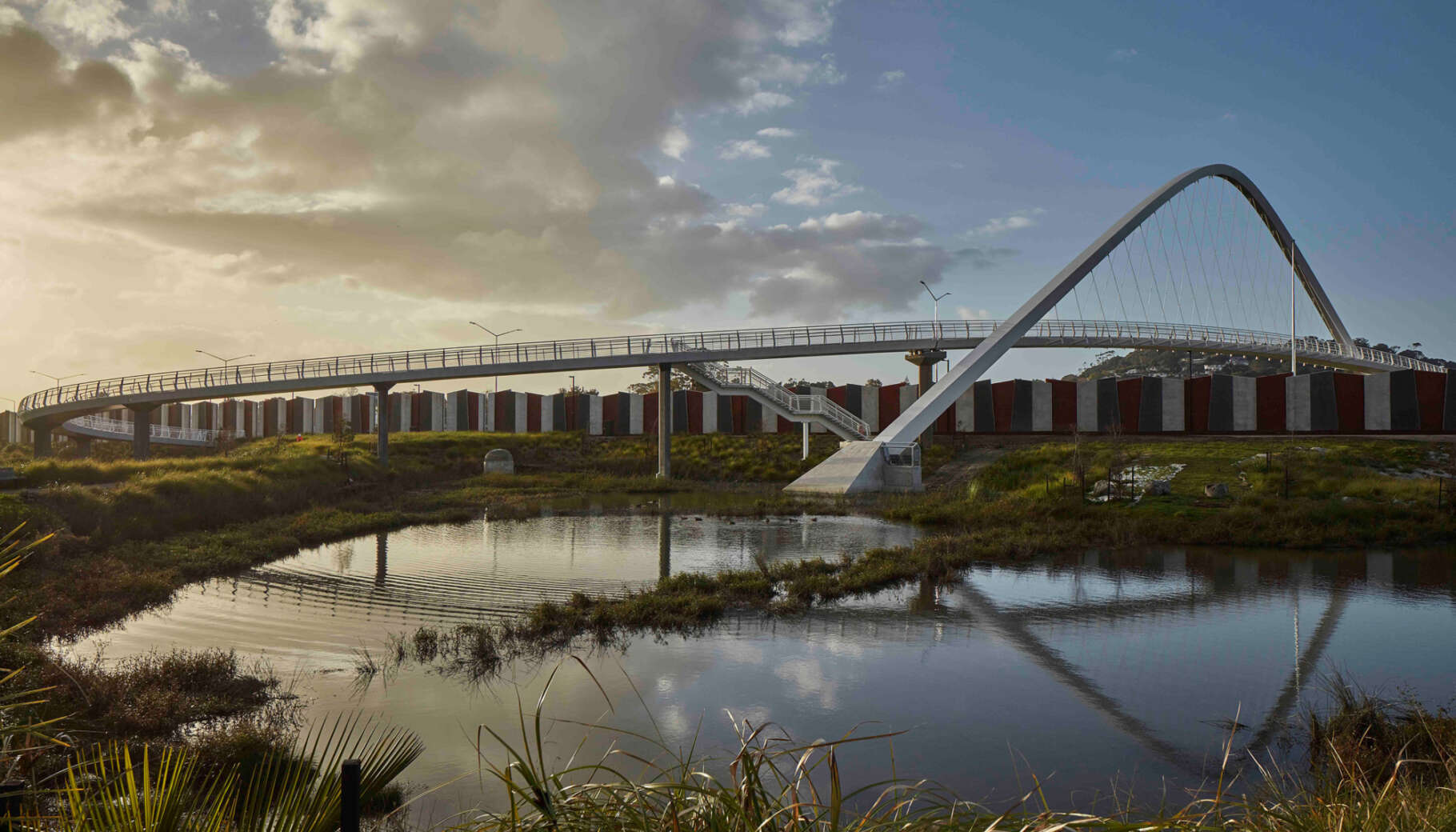