The adaptive re-use of the John Lysaght Building provided the opportunity to mark the entry to the Wynyard Quarter with an exemplar response to honouring the raw beauty and character of the structure while at the same time providing a contemporary design response.

<p> The adaptive re-use of the John Lysaght Building provided the opportunity to mark the entry to the Wynyard Quarter with an exemplar response to honouring the raw beauty and character of the structure while at the same time providing a contemporary design response.</p>

The building is the seed project for the Wynyard Quarter Innovation Precinct and is a powerful asset providing an authentic and desirable counterpoint to the contemporary architecture forming the majority of the Precinct.

Originally built in 1927 for an iron merchant, the architectural approach was to adopt a spatial configuration which allowed the form and scale of the original structure to be expressed. The rich industrial heritage of the site is further expressed through the retention of many original features while the sympathetic use of new elements reinforce the nature and materiality of the original character fabric of the building.

Externally two elevations were retained and, on the remaining two sides of the building, a 60s addition was demolished to make way for a service core on the western edge, encased in a striking steel-framed corridor. To the north, a new façade with a curtain-wall of glazing provides tenants with a line of sight to Rangitoto. Several sliding doors open directly on to the newly created Lysaght Lane that forms part of a network connecting Halsey and Pakenham streets to other areas of the precinct.

To ensure greater visibility into and out of the building, major ‘shop windows’ provide framed glimpses of the activity within – delivering a more inclusive design. A mezzanine level was inserted to maximise benefit from the site’s amenity and to afford a critical mass of innovative workspaces over two storeys.

Consistent with Panuku's vision to instigate Green Star ratings for their buildings within the precinct, several sustainable features were incorporated in the design. These include the provision of louvres and sliding doors for natural ventilation, an energy monitoring system, storm-water detention and a waste-sorting room. Showers and lockers are provided to encourage tenants to run or cycle to work while materials that were removed during the construction phase were sent to a salvage site for re-purposing.

The building has been designed to help generate a culture change within the immediate neighbourhood and extend the innovation hub alongside the marine and industrial residents of the area. The project has retained the character of the original industrial building while future proofing its structure. 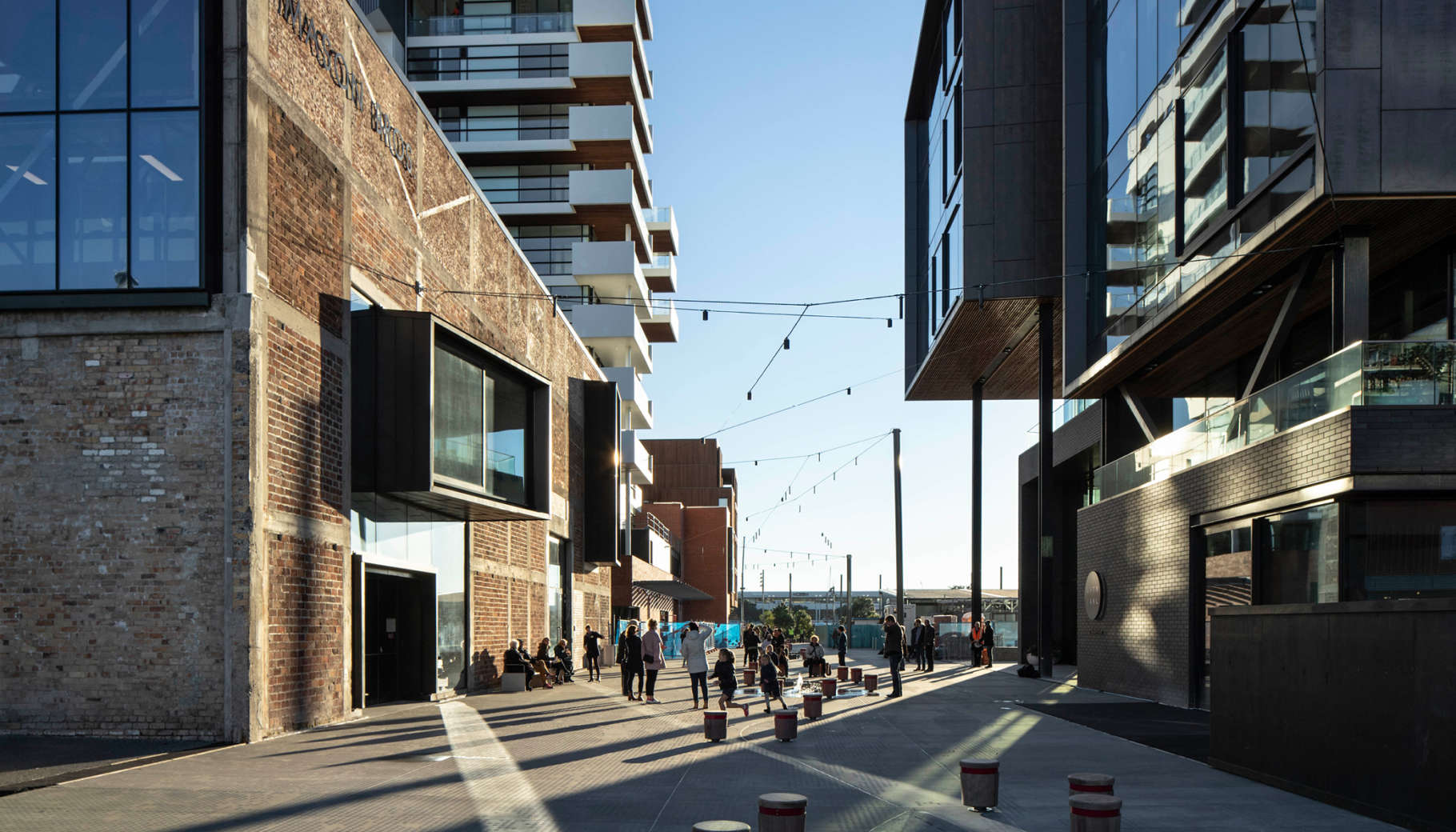