Now reverted to its original name, College House, the complex was an ideal brief for architects working in the brutalist period of the modern movement; form must derive from function, so if new ways of arranging familiar functions could be devised, new forms would emerge.

Now reverted to its original name, College House, the complex was an ideal brief for architects working in the brutalist period of the modern movement; form must derive from function, so if new ways of arranging familiar functions could be devised, new forms would emerge.

A quintessential example of Warren and Mahoney’s unique brand of ‘well-mannered modernism’, this residential hall is reminiscent of both the English university tradition and Christchurch’s Gothic heritage. Fifty years on, trees have matured but the quadrangles have not lost their power to silence the observer on arrival; the project is often visited by travelling architects.

The Anglican hall of residence is built as a series of discrete buildings around a quadrangle. Eight residential blocks (consisting of 120 bedroom/studies) and a chapel are set to the long sides of the quad, with entry, dining, staff, kitchen, social rooms and library at the ends. Instead of the usual bed/studies either side of a corridor, they are grouped about staircases, five to a floor on three floors to form sets, all facing north. Lavatory blocks, with tanks on top, became separate tower blocks.

Rather than being scattered about the wide open site in the then standard manner, the eight sets are tightly grouped either side of a quadrangle and boardwalk. The dining hall closes one end of the quadrangle and the library the other, with the chapel projecting across the boardwalk and dominating the composition. The space enclosed by the buildings became the college.

The brutalist building technique of load-bearing concrete block with 600mm-deep concrete beams, from door head to floor level, developed in Warren and Mahoney’s earlier work was used to give a unifying and domestic scale. Three principal elements of the college, the dining hall, the later chapel, and the library, are all double-height volumes with both the chapel and library lifted to the first floor on bases of service rooms. To give these three distinctive shapes further emphasis they were each given distinguishing M-shaped copper-clad roofs.

Elaborate wooden trusses, rafters and the boarding of the M-shaped roofs (deliberate expressions of carpentry bravura) were exposed internally and contrasted with the plain concrete-block walls.

The chapel remains one of the most memorable spaces the practice has produced, a seemingly effortless display of scale, materials and treatment of light, all achieved within a unique and dramatic formal composition.

“My overriding impression of College House is that of the layering and organisation of the place. From the five and fifteen groupings of the houses to the different communalities of the quadrangle and the dining room, the organisation is clear, integral and very architectural. A place of order not a place of rules. Easy to live in and appropriate. Like all good architecture, you have to be there. Thoroughly thought out, impeccably massed, organised and detailed. Consummate.”
Malcolm Walker / Architecture New Zealand/ July-Aug 1999 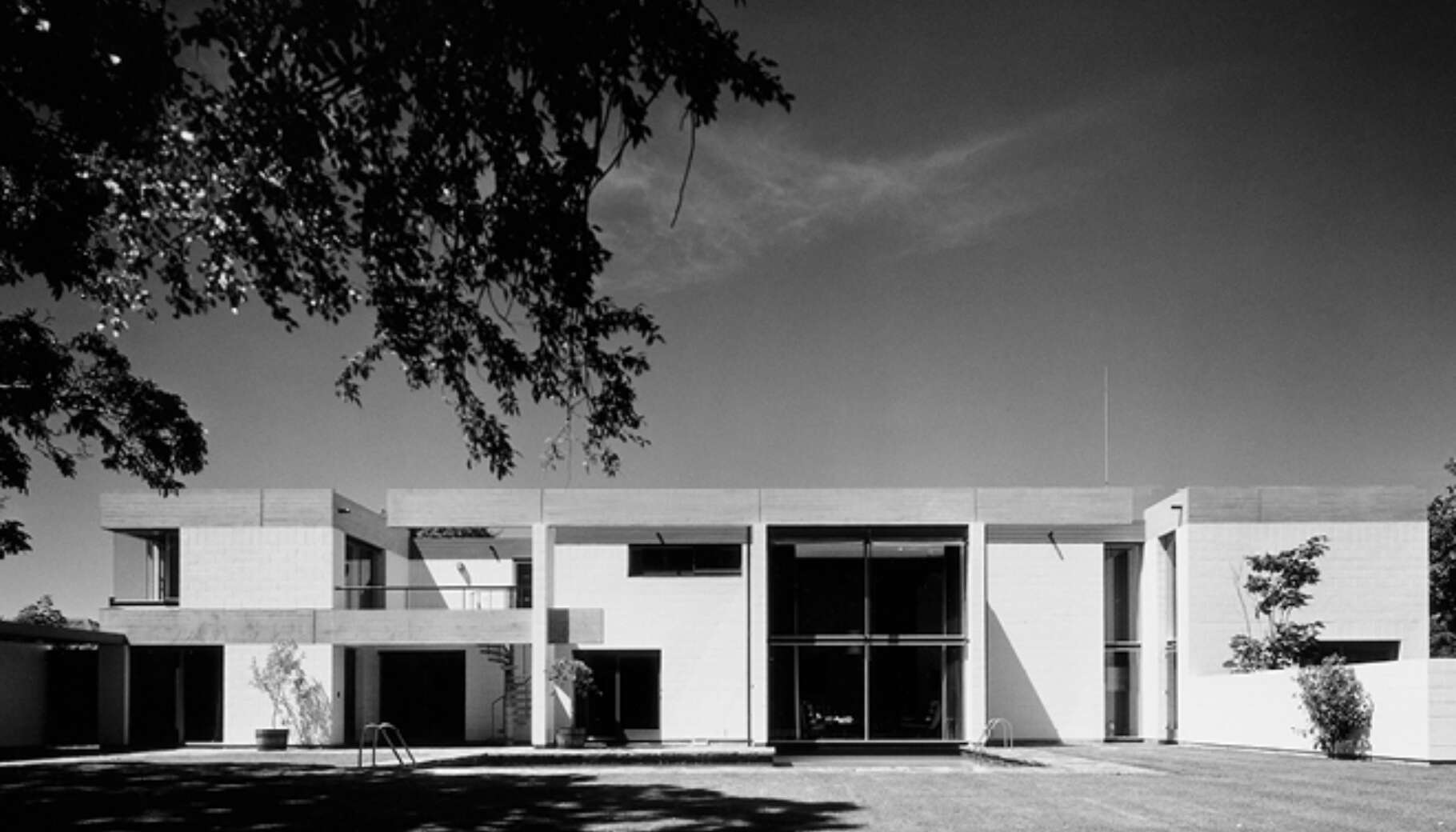