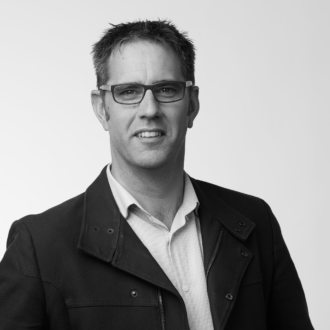 During the Covid-19 Level 4 lockdown, Principal Mat Brown notices how many houses on his street have not evolved with society's changing dynamics.

Janice lives two driveways down. She’s 64 and lives with Misty, her grey cat. Her birthday was on the 8th of April. I know this because over the past few weeks we’ve begun to meet our neighbours. Keeping close to home has led to more chance encounters (in a social-distance-compliant kind of way). Houses we drove past two, four, six times a day now punctuate our daily walk as we hunt for bears.

Olivia, my youngest daughter, made Janice a birthday card and a cupcake with a candle. According to Janice, it made her day. It probably made her week to be fair. A moment of warmth as the leaves turn brown and isolation rushes us toward what will be a long and chilling winter.

We’ve also learnt a little bit about the history of our street. Built in the 70’s, on the edge of suburbia, our cul-de-sac was full of new families; first-time homeowners. There’s a mixed bag of houses, each modified to take advantage of a moderately steep slope, and if you put aside Number 13, which sports arched doorways formed by load-bearing partitions, never to be modernised, none of them stand out. All different, all the same.

The common thread running between them is that they met the needs of the community at the time. They’re all family homes. Three or four bedrooms, rumpus rooms below, next to the garage. Each has space for a trampoline in the back yard and the front yard for that matter. The stories we’ve heard speak about a place where everyone knew each other. The kids played cricket in the street. Spotlight at dusk. We know this because some of those people still live here, rattling around in their empty nest; houses no longer fit for their community. Too big now, they are the tracksuit pants of housing.

We have some friends who live at the edge of Queenstown’s sprawl. Their street is basically the same as I imagine ours used to be, if you ignore the now empty AirBnBs propped up above the two-car garage. Every home has a squad of children. They play soccer in the street and completely disregard the front porch’s role as a privacy threshold.

And while we’re hugely jealous, this street, like ours in its time, is successful by circumstance rather than design. The community is there because it’s what was available to those people at that time of their lives. Over time they will move away, the demographic will become more diverse and the bonds between residents will be less reliant on the inhibitions (or lack thereof) of kids in the street.

The next generation of homeowners won’t enjoy the same critical mass. Like my family, they will drive to see their friends, or the local shops, or anywhere for that matter. As the wave of community energy rolls out across the next greenfield, filling the next street with soccer, the wake left behind will be the same as our street: tracksuit pants.

Of course, it hasn’t taken Covid-19 to highlight the failures of suburbia. These are well known. Perhaps what it has done is serve as a reminder of the power of community and the need to foster it. A reminder of the things that we’ve almost forgotten we can have. Unsurprisingly, the need to stay apart has shown us how much we enjoy staying close.

We can give our communities the building blocks they need to be the kind of places we want them to be, this time with some forethought. Let’s not build any more tracksuit pants houses, only for them to get old and loose. Instead, let’s build neighbourhoods that are a bit more tailored, not so stiff as to be restrictive, but flexible, breathable, responsive and durable. Activewear perhaps?

Because Janice, as it happens, turns out to be quite lovely, and she thinks Olivia is too. I suspect they’d get on really well.

Mat Brown is a Principal at Warren and Mahoney and leads the Residential and Houses sector. This article was originally published by ArchitectureNow.